Vasaloppet, the fifth event in Visma Ski Classics and the third Grand Classics event Season XI took place today. Tord Asle Gjerdalen, Team XPND Fuel of Norway, and Lina Korsgren, Team Ramudden, won the 90 km race. There was a record time in both the men’s and women’s race with 3:28:18 and 3:52:08, respectively. Vasaloppet started the […]

In sunny weather and fast conditions, there was a thrilling race among both the men and women.

In the men’s race Tord Asle Gjerdalen, Team XPND Fuel of Norway, did a breakaway just after Eldris with 8 km left of the race and Anton Karlsson, Lager 157 Ski Team, and Ermil Vokuev, Russian Winter Team wasn’t able to follow him. Gjerdalen won 36 seconds ahead of Karlsson, and just more than one minute ahead of Vokuev.

There was a big leading group the first half of the race among the men. 46 skiers passed Evertsberg after 47 km within 23 seconds, with Ermil Vokuev, Russian Winter Team, in the lead.

In the fast sections after Evertsberg Vokuev were active in front and created a small group with three more athletes, including Anton Karlsson, Lager 157 Ski Team, Vetle Thyli, Team Kaffebryggeriet and Tord Asle Gjerdalen, Team XPND Fuel of Norway. The quartet increased their gap in Lundbäcksbackarna. When they reached Oxberg with 28 km left of the race, they had a lead of 53 seconds to the chasing group of 22 skiers with Oskar Kardin and Emil Persson in front.

When the quartet reached Hökberg, the gap to the following group was one minute and three seconds. Thyli couldn’t follow when passing the small hills at Krångåsen.

With about 7 km left Gjerdalen got a small gap on Karlsson, and Vokuev couldn’t follow Karlsson. Gjerdalen then increased his margin all the way to the finish line in Mora.

“It was a long and hard day. It was full speed for me almost all the way since Vokuev set the pace in the first hill,” says Gjerdalen.

“When we got away, I just focused on my technic and pushed as hard as I could. I feels great to win Vasaloppet finally,” Gjerdalen continues.

Anton Karlsson, Lager 157 Ski Team, was really emotional after his second place.
“It’s happy tears! Since my back surgery 16 months ago, I´ve had this day on my mind. It means a lot to be able to do a race like this when everything works out perfect. Gjerdalen was to strong for me today. I couldn’t have raced a second faster,” says Karlsson. 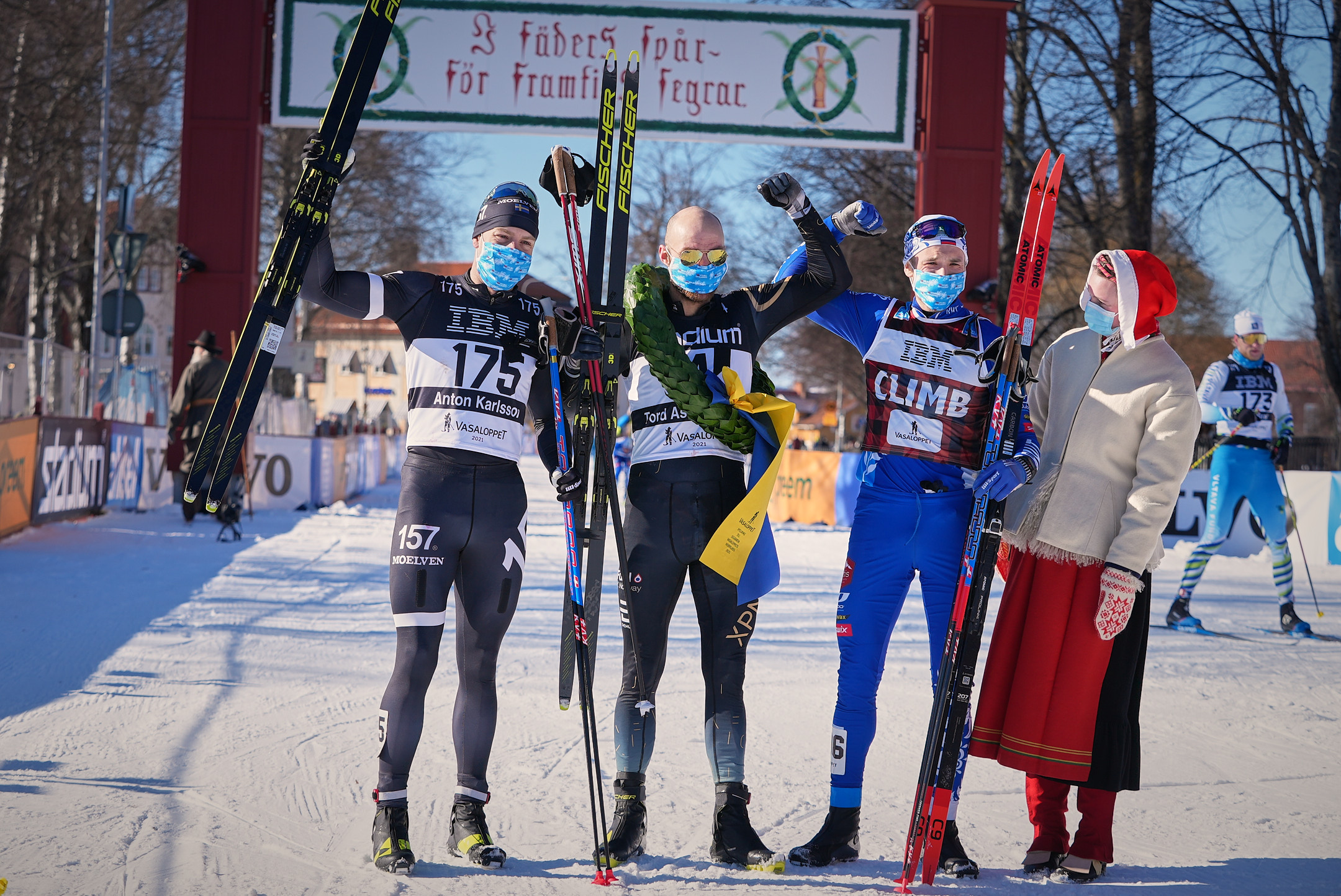 In the women’s race things started to happen when the leading group approached Oxberg in Lundbäcksbackarna. Marit Bjørgen was in front closely followed by Lina Korsgren. The duo got a gap on Katerina Smutna, Emilie Fleten, Ida Dahl and Thea Krokan Murud.

When they reached Oxberg, they had a lead of 40 seconds to the chasing group.

Bjørgen and Korsgren stayed together until the hills at Krångåsen where Korsgren followed the second men´s group and got a small gap to Bjørgen. At Eldris Korsgren extended it to 12 seconds.

“We couldn’t follow the first men’s group, but then I could follow the second group and got a few meters on Marit. It was hard to keep up with that pace and I lost a few meters, but then I thought, “It’s now or never” so I worked my way back and I think that was the decisive moment,” says Korsgren. 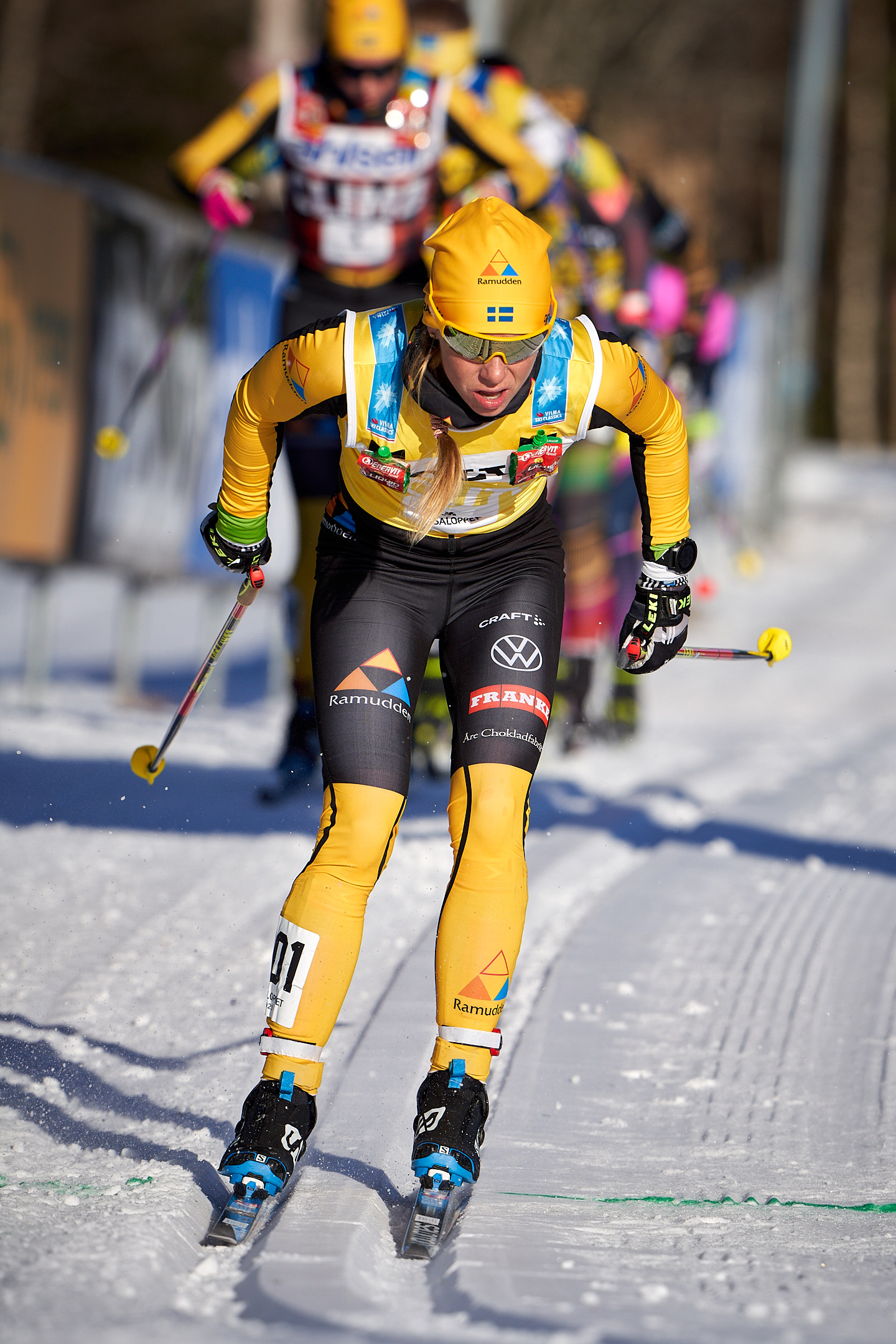 Lina Korsgren on her way to victory.

“With about 7 km left I felt that I was going to win. To make a new record time feels great, but that was not my focus today,” Korsgren continues.

“It was tough for my arms the last 10 km, but I’m really happy with second place. It was a great debut,” says Bjørgen.

“It was brutal when the men passed us. Korsgren had the speed when they came and she was stronger than me, Bjørgen continues. 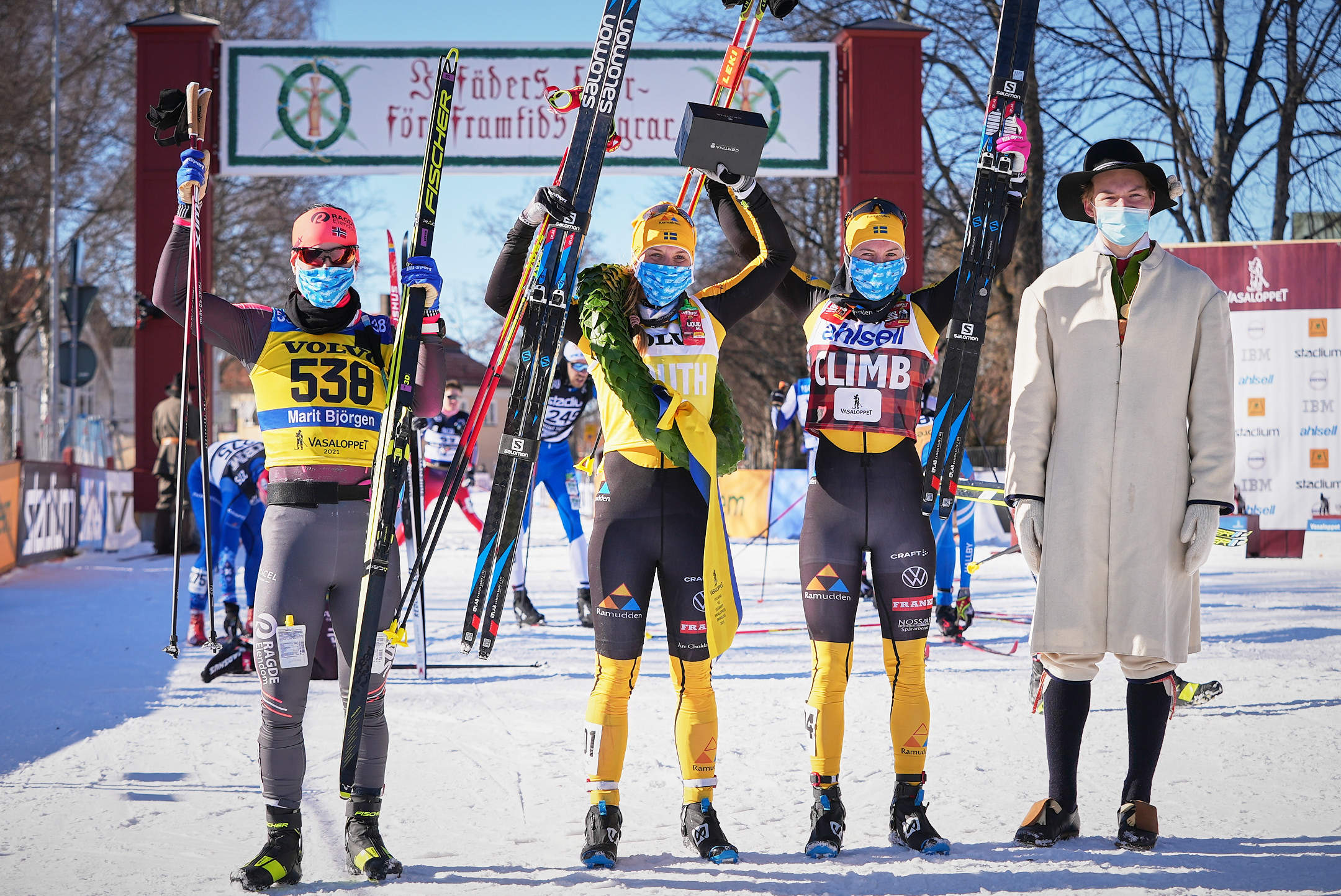 Emil Persson and Lina Korsgren are still in the lead in the Champion competition.

Vasaloppet was the start of Visma Nordic Trophy where Gjerdalen and Korsgren now take the lead.

Emil Persson and Ida Dahl keeps the lead in the Youth competition,

Emil Persson keeps the lead in the Sprint competition and Lina Korsgren takes over the lead on the women's side.

The next event in Season XI is Vålådalsrennet in Sweden on March 20, 2021.

You are in the right place! Welcome to the digital home of cross country skiing

What Happened To Andreas Nygaard At Engadin La Diagonela?

It was a tough day for Andreas Nygaard, Team Ragde Charge, during last Saturday's edition of Engadin La Diagonela.

This Is The Best Looking Pro Team Season XIV

Iivo Niskanen is one of the Finnish skiers named to the World Cup in Toblach, Italy.

Finland’s Team For The World Cup In Toblach

Jonas Vika (NOR) won today's mass start race at the U23 World Championships in Whistler, Canada. Photo from the archive.

Kristin Austgulen Fosnæs (NOR) won today's mass start race at the U23 World Championships in Whistler, Canada. Photo from archive.

Linn Svahn and Maja Dahlqvist are two of the Swedish skiers named to the World Championships in Planica, Slovenia.

Sweden’s Team For The World Championships In Planica

Astrid Øyre Slind is one of the Norwegian skiers named to the World Championships in Planica, Slovenia.

Norway’s Team For The World Championships In Planica

You have reached non-member limit of free articles

The Digital Home for Skiers and Fans

Become a member and support the ski community